As I speak at home health care association conferences and corporate meetings across the US, I frequently hear the complaint from free standing agencies that the hospitals in their local marketplace have their own home health agency, and that "all the patients go to the hospital's own agency."  Based on my experience with hospital based agencies, including being the interim President and CEO of a very large home health agency that was a department of a hospital, I have always questioned that complaint.

Some time ago, I was working with a hospital based agency and we conducted some focus groups with discharge planners in their system hospitals.  I was surprised how little these discharge planners really knew about their own home health agency, and what their hospital was doing to reduce readmissions and length of stay. These discharge planners and their supervisor were adamant about providing patients freedom of choice, and giving them a list of other agencies in the local marketplace

Despite this frequent complaint across the industry, we did not have any data to know what the real facts are.  Now we do!

You can see the list of states and what percent of hospitals fall into this category. You can also get a report that is specific to your local marketplace, showing the hospitals, and the dominant home health agencies to which they refer.

As many of you know, I'm a bit of a data junky, and I like to make strategic decisions based on good information supported by data. I've found that the data provided by Healthcare Market Resources to be a very valuable tool to help you in your home health and hospice strategic business planning process.

It was a business function and our host was about to introduce me to a person who was sitting down behind me.  As I moved in closer to say hello, she turned, realized we had met before, reached eagerly for my hand and said, “I remember you!  We were at a meeting together and you were so creative!  You had so many great ideas!”

Creative! Many years ago, I thought that was the last word people would have used to describe me…till I went on a mission to understand and increase my creative problem solving abilities. I believed that somewhere in the depths of my mind and spirit was lurking a creative genius just waiting to be released!  I could learn other things.  Why not creativity?  So I simply set out to learn how to be more creative and solve problems differently.

And so can you!

It’s true that some people are more naturally creative than others, but recent psychological and neurological research has found that almost everyone has the capacity to be creative.  But we’ve become creatures of habit, locked in boxes of routines and engrossed in ‘getting things done.’  Not much room for creative genius here.

Today’s workplace needs continuous creativity from everyone to serve patients and staff and meet the demands of a competitive marketplace.  There are some surprisingly simple tricks that can help all of us boost our creativity.  Here are 3 ideas from Jonah Lehrer, author of  Imagine: How Creativity Works, followed by 5 tips from my own learning.

And a few ideas from our own experiences and resources:

It’s what leaders do!

Elizabeth Jeffries, RN, CSP, CPAE is an award winning professional speaker, author, and executive coach. She is a principle in the firm of Tweed Jeffries, LLC, the parent company of Leading Home Care.  She can be reached at 502-339-0653, or at www.tweedjeffries.com.

Posted by Stephen Tweed at 1:21 PM No comments:

Stephen Tweed is coming to your Neighborhood


Stephen Tweed, CEO of Leading Home Care will be presenting at two home care & hospice association conferences in the month of July.  He hopes to see you there.

If he is in your neighborhood, please let us know if we can be of service to you and your home health agency or hospice.

Stephen will be presenting the opening keynote address, following by a leadership development track: 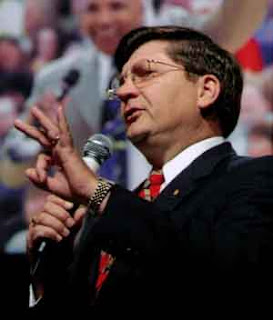 Stephen Tweed has been invited to play a major role in the content of this annual conference, presenting the following programs:

Posted by Stephen Tweed at 11:30 AM No comments: