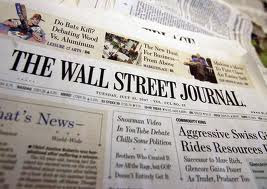 An article in Today's Wall Street Journal (1-16-13) describes how hospitals in Maine are concerned that further deficit talks in Washington may erode funding for Medicaid.  A coalition of 39 Maine hospitals is demanding $484 million in back payments from Medicaid going back to 2009.

The Maine hospitals have launched radio and newspaper ad campaigns to press state legislators for payment.


"When the State doesn't pay its bills,
Hospitals can't pay theirs."

While Maine's delay is highly unusual, other states are showing months-long delays in making payments for services provided to Medicaid beneficiaries.

What Impact on Home Health Care?

As we have talked with leaders across the country, we see a wide range of payer mix depending on how well Medicaid reimburses home health services.

I was facilitating an online sales meeting yesterday morning with three offices of one company in two different states.  One state reimburses home care quite well and pays on a timely basis.  The other state pays very poorly and is often late.  This company is forced to have different strategies in different offices because of the different payment rates in these two states.

One of the major factors causing this delayed payment is that the state of Maine expanded eligibility for Medicaid during better economic times and the sate now has one of the highest percentages of residents covered by the program.  This is potential threat in the future for all of us, as the Accountable Care Act increases the numbers of people who will be enrolled in Medicaid programs.  While the Feds will pay most of the bill at the beginning, in later years a bigger portion of the tab will fall to the states.

With Medicaid making up 7% of the federal budget, it's a prime target for lawmakers looking for long-term cuts in government spending.

What do you think?  What's happening in your state?
Posted by Stephen Tweed at 12:18 AM